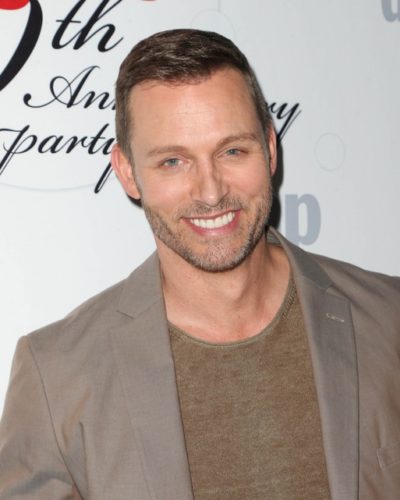 Eric Martsolf is an American television actor and singer.

Eric is the son of Nancy (Runquist) and Frederick/Fredric R. “Rick” Martsolf. Eric is married to Lisa Kouchak, with whom he has two children.

Eric’s paternal grandfather was John Martsolf (the son of Philip Frederick “Fred” Martsolf and Aleda/Alexa Mae Hier). Philip was the son of John Martsolf and Elizabeth A. Kredel. Aleda was the daughter of Robert Jones Hier, whose parents were Welsh, and of Rachel A. Edwards, whose father was Welsh.

Eric’s maternal grandfather was Russell/Russel L. Runquist (the son of Henning Lawrence Runquist and Zoe M. Sheppard). Henning was the son of Swedish parents, Otto Runquist and Carolina. Zoe was the daughter of Samuel Sheppard and Sarah Higgs.

Eric’s maternal grandmother was Ruth Ann Jernegan (the daughter of Ralph Hartell Jernegan and Estella May Frank). Ralph was the son of Edward A. Jernegan and Nancy Sherman. Estella was the daughter of Charles Frank and Mary Ann Buchheit, whose parents were German.