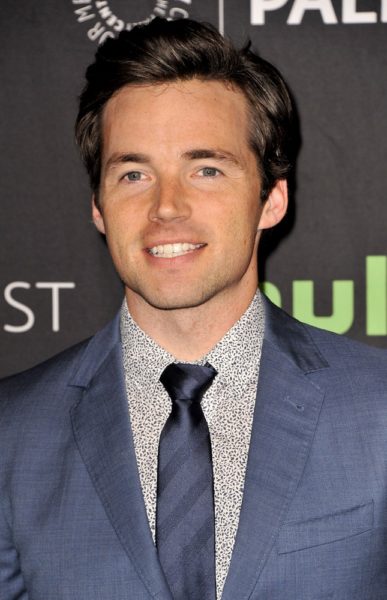 Ian Harding is an American actor. He is known for his role as Ezra Fitz on the series Pretty Little Liars.

He was born in Germany, to an American military family. They moved back to the U.S. a few years later, living in Virginia and North Bethesda, Maryland. He is married to Sophie Hart.

Ian’s paternal grandfather likely was Edgar Thomas Harding, Jr. (the son of Edgar Thomas Harding, Sr. and Florence Myrtle Combs). Ian’s grandfather Edgar was born in Hiawatha, Kansas, and had some deep roots in the U.S. Ian’s great-grandfather was the son of Cornelius Jackson Harding, whose father was English, and whose mother was the daughter of a father from Ireland and a Welsh mother; and of Ann Katherine Tilley. Florence was the daughter of John William Combs and Martha Ann Schmitt, whose own paternal grandparents were German.

Ian’s paternal grandmother likely was Virginia Mae Nelson (the daughter of Karl Robert William Nelson and Olive Juanita Pittinger). Virginia was born in Cerro Gordo, Iowa. Karl was the son of Swedish parents, Frederick William Nelson, from Norrköping, and Wilhelmina Charlotte Friesteadt, from Östergötland. Olive was the daughter of William Harvey Pittinger and Bertha Mae Danner, and was of heavily German descent.

Ian’s maternal grandfather was John Batchelder Collins (the son of John Everett Collins and Elizabeth Carol Abbott). Ian’s grandfather John was born in Winchester, Massachusetts. Ian’s great-grandfather John was the son of John Andrew Collins, whose parents were Irish, and of Charlotte E. McIntosh, whose parents were Scottish. Elizabeth was the daughter of James Jewett Abbott and Lucy Abbott Blunt, and was of Colonial American (English) descent, with deep roots in Massachusetts.