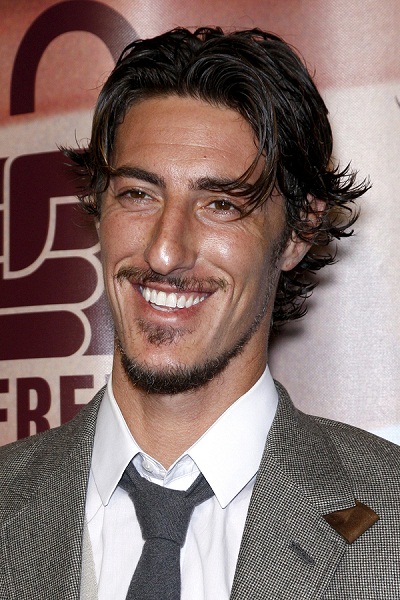 Balfour in 2010, image via kathclick/Bigstock.com

Eric Balfour is an American actor and singer. He has appeared in the films The Texas Chainsaw Massacre (2003), Shattered Image, Hell Ride, Cell 213, and Backcountry, and on television’s 24, Six Feet Under, Haven, and The OC.

Eric’s parents are both Jewish, of Romanian Jewish, Polish Jewish, Russian Jewish, and Belarusian Jewish descent. Eric’s grandfather had changed the family surname to Balfour; Eric’s great-great-grandfather, Arron, was born with the surname Begel, Begelfer, or Begalfur (the spelling varies).

Eric is married to fashion designer Erin Chiamulon (Chiamulon is a Greek surname; Erin’s father is of part Greek descent and her mother is Jewish). The couple has two children.

Eric’s paternal grandfather was Sanford/Sandford Begel Balfour (the son of Morris Begal and Bessie/Bertha Burstein). Sanford was a Romanian Jewish immigrant. Morris was the son of Arron Begalfur.

Eric’s maternal grandmother was Rose Solnit (the daughter of Harry Solnit and Anna/Anne Golda Fabeszewicz/Fabisiewicz/Fabe). Rose was born in Los Angeles, California, to Jewish emigrants, her father from Brest, Belarus, and her mother from Poland. Harry was the son of Abraham Solnit and Fejga Kirsner. Anne was the daughter of Chaim Fabeszewicz/Fabe, from Żyrardów, and of Ester/Esther Inowlocki.

Genealogy of Eric Balfour (focusing on his father’s side) – http://www.geni.com

Genealogy of Eric’s mother (focusing on her mother’s side) – https://www.geni.com