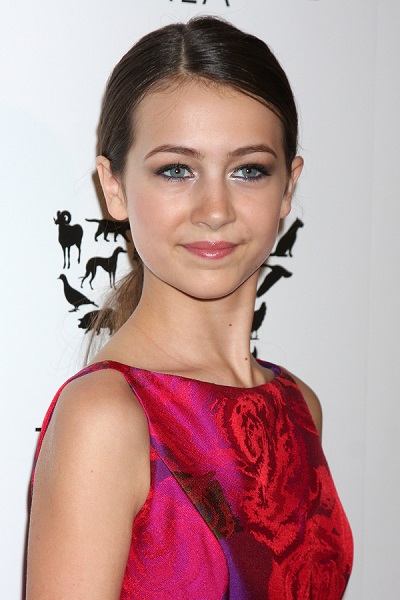 Fuhrmann in 2014, photo by kathclick/Bigstock.com

Emma Fuhrmann is an American actress and model.

Emma’s paternal grandfather was Marcus Willie Fuhrmann (the son of Anton Fuhrmann and Lucy M. Johnson). Marcus was born in Oklahoma. Anton was born in Iowa, to a German father, Heinrich/Henry Sylvester Fuhrmann, from Kaifenheim, and to a mother of Luxembourgish descent, Anna Maria/Marie Heiderscheidt. Lucy was the daughter of William Benjamin Johnson and Laura Minnie Johnson.

Emma’s paternal grandmother was Catherine Louise Lueb (the daughter of Henry August Lueb and Mary Ann Schmitz). Catherine was born in Texas, and was of German descent. Henry was the son of Bernard Lewis Lueb and Clara Agnes Rohenkohl. Mary Ann was the daughter of Wilhelm Joseph Schmitz and Anna Catherine Neu.

Genealogy of Emma’s paternal grandmother, Catherine Louise Lueb (focusing on her own mother’s side) – http://worldconnect.rootsweb.ancestry.com