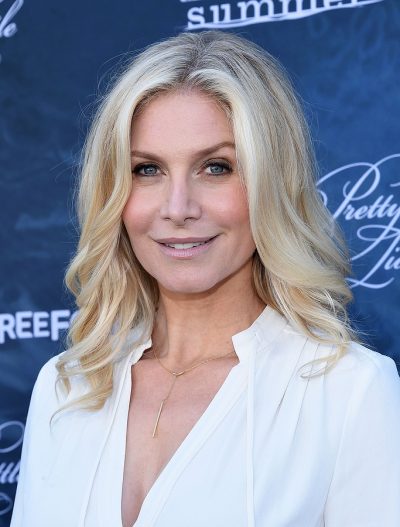 Elizabeth Mitchell is an American actress. She is known for her role as Juliet Burke on the series Lost.

She was adopted by her stepfather Joseph Day Mitchell.

Elizabeth’s maternal grandfather was Joseph Alton Jenkins (the son of Joseph Jenkins and Bessie Pearl Iverson). Joseph was born in Salt Lake City, Utah. Elizabeth’s great-grandfather Joseph was the son of John Laird Jenkins, a Scottish emigrant, from Shieldhill, and of Emma Louisa Taylor, an English emigrant, from Faston Ash, Gloucestershire, who was also of one eighth Welsh ancestry. Bessie was the daughter of Norwegian emigrants, Andrew Iverson, from Lunner, Opland, and Julia Matilda Olsen, from Christiania, Akershus.

Elizabeth’s maternal grandmother was Bette Josephine Everett (the daughter of Joseph Alma Freestone Everett and Josephine Monson Morris). Bette was born in Salt Lake City, Utah. Joseph was the son of English emigrants, from Suffolk, George Everett, from Mendham, and Emma Freestone, from Saint Cross. Josephine was the daughter of Robert Morris, an English emigrant, from Barrowden, Rutlandshire, and of Cicilia Maria “Mary” Monson, a Swedish emigrant, from Svanhalla, Blekinge.