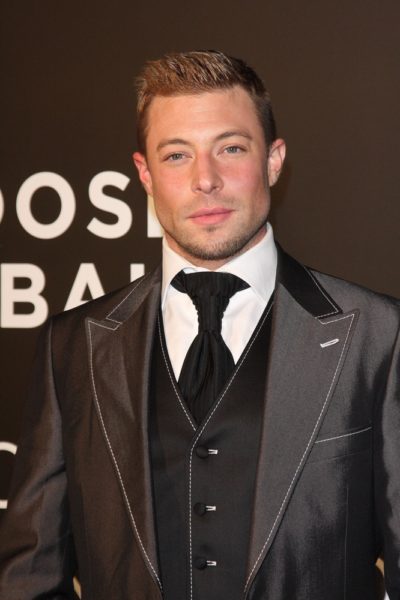 Duncan James is an English singer, actor, and television presenter. He is a member of the boyband Blue, along with Antony Costa, Lee Ryan, and Simon Webbe.

Duncan is the son of Fiona Inglis and Simon Roscoe. He was raised Catholic. Duncan has a daughter with his former partner Claire Grainger.

Duncan is said to be a great-grandson of Herbert Chapman, a prominent football player and manager, and of his wife Annie Bennett Poxon. Herbert was the son of John Chapman and Emma. Annie was the daughter of John Poxon and Bertha Bennett.