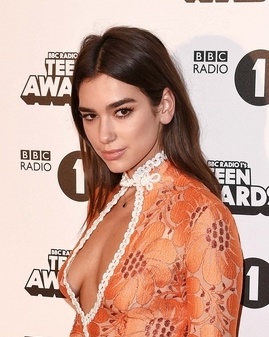 Ethnicity: Albanian, as well as Bosniak

Dua Lipa is a British singer, songwriter, and model. She was born in Westminster, London, England. Her parents, Anesa (Rexha) and Dukagjin Lipa, are Albanian, originally from Kosovo. Her family is Muslim. Her father spent two months in besieged Sarajevo during the region’s 1990s civil war.

Her parents settled in an Albanian refugee community in Camden, London. For a number of years as a teenager, Dua also lived in Pristina, Kosovo. At sixteen, Dua returned to London to follow her musical career. Her father was lead vocalist in a Kosovar rock band named Oda.

Dua’s paternal grandfather was historian Seit Lipa. He was head of the Bosnian Institute of History.