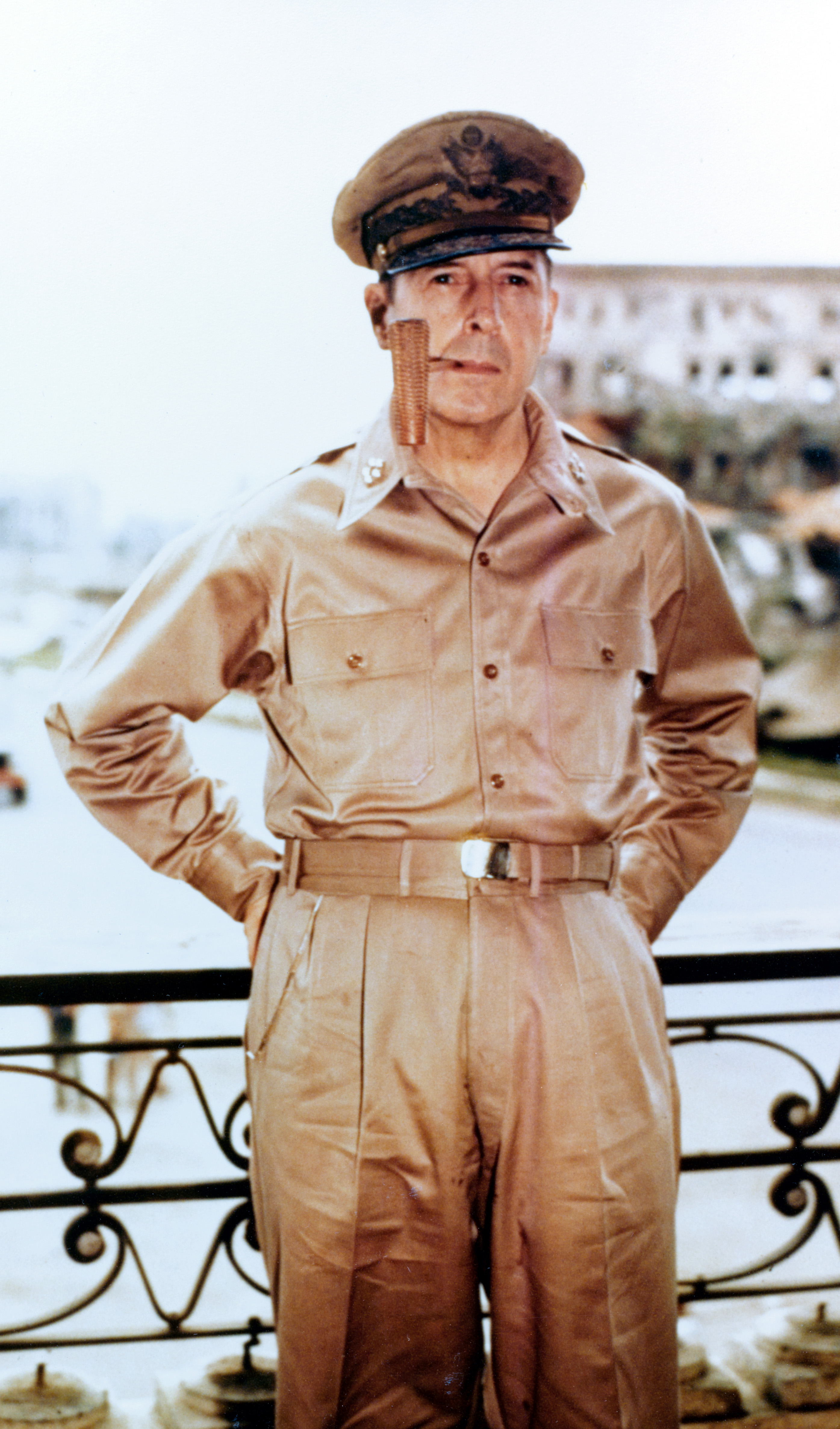 Douglas MacArthur was an American five-star general. He was field marshal of the Philippine Army, Chief of Staff of the U.S. Army during the 1930s, and had a prominent role in the Pacific front during WWII. He was one of five men to rise to the rank of General of the Army in the U.S. Army. He was the effective ruler of Japan while he oversaw its occupation, from 1945 to 1951; under MacArthur, the country underwent major economic, political, and social changes.

He was, to one degree or another, a candidate for the Republican Party’s nomination for President of the United States in 1944, 1948, and 1952. He was also nominated for President by several minor parties.

Douglas was the son of Mary Pinckney/Pinkney “Pinkie” (Hardy) and Arthur MacArthur, a U.S. Army general. He was married to Jean Marie Faircloth MacArthur, with whom he had a son.