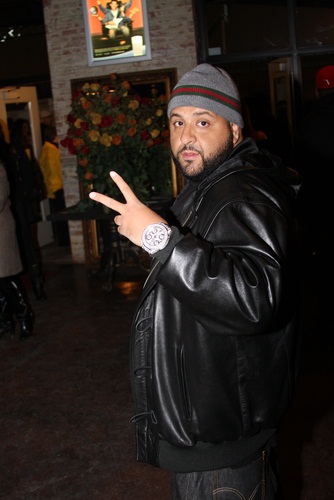 DJ Khaled is an American DJ, record executive, songwriter, record producer, and media personality. A resident of Miami, Florida, he was a host for the Miami-based urban music radio station WEDR and the DJ for the hip hop group Terror Squad. He is also known as Beat Novacane and Arab Attack.

DJ Khaled was born in New Orleans, Louisiana, to Palestinian parents. His parents were musicians who played Arabic music. He is a Muslim. His brother, Alec Ledd (Alla Khaled), is an actor. He is married to Nicole Tuck, with whom he has two children.