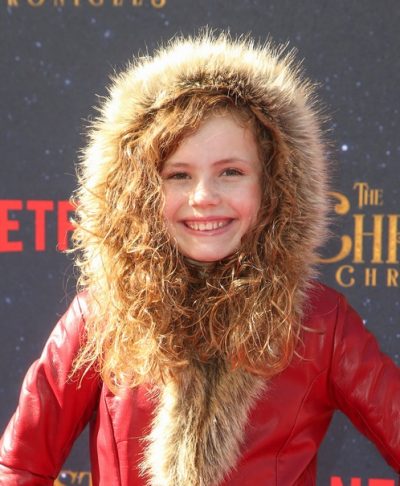 Darby Camp is an American actress. She starred in the film The Christmas Chronicles (2018).

Her mother is actress Lacy Camp.

Darby’s paternal grandfather was Darvin BreMon Camp (the son of Jacob Bryant Camp and Shirley Love Collins). Darvin was born in North Carolina. Jacob was the son of James Daveney Camp and Maude Lee Bowen. Shirley was the daughter of Issac L. Collins.

Darby’s maternal grandfather is James Edward Smith (the son of George Alexander Smith and Wincie Pauline Kissiah). George was the son of Charles William Smith and Margaret Gordon. Pauline was the daughter of John Ellis Kissiah and Mary Katherine Lear.