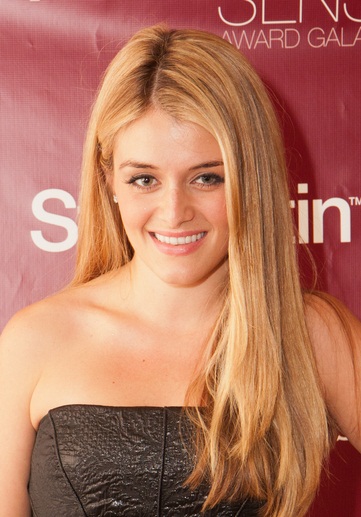 Daphne Öz is an American nutrition author and television host.

Her father is Dr. Öz (Mehmet Öz), a cardiothoracic surgeon, professor at Columbia University, author, and television personality. Her father is of Turkish descent, and also has some Circassian ancestry. Her mother, Lisa Öz (born Lisa Lemole), is an American-born producer, writer, and actress, and has Italian, Irish, Cornish, Swedish, and Swiss-German ancestry. Her uncle is producer Christopher Lemole. She is a sister of actors Arabella Öz and Oliver Öz.

Daphne graduated from Princeton University. She is married to investment fund analyst John Jovanovic, with whom she has three children.

Daphne’s paternal grandfather is named Mustafa Öz. Mustafa is from Bozkır, Konya Province. He came to Cleveland for a medical residency program in 1955.

Daphne’s paternal grandmother is named Suna Atabay (the daughter of Kemal Atabay). Suna is from a wealthy Istanbul family. Her great-grandparents were Shapsugs (a Circassian tribe).

Daphne’s maternal grandfather is Gerald Michael Lemole (the son of Joseph Michael “Joe” Lemole and Mary Bernadette Boylan). Joseph was of Italian origin, and was the son of Salvatore Lemole and Concetta “Kate” Leggiadro. He had roots in Potenza, Basilicata. Mary Bernadette was of Irish ancestry, and was the daughter of Charles Michael Boylan and Margaret May Teresa O’Brien.

Daphne’s maternal grandmother was Emily Jane Asplundh (the daughter of Carl Hjalmar Asplundh and Emilie/Emily Mae Kessel). Carl was born in Bryn Athyn, Pennsylvania, the son of a Swedish father, Carl Hjalmar Asplundh, from Stockholm, and of a Swiss-German mother, Emma Ludovika Steiger. Daphne’s great-grandmother Emily was the daughter of Edward Kessel, who was Cornish, from Mabe, and of Frances/Francis Ellen “Nellie” Spargo, who was born in Maine, to Cornish parents.