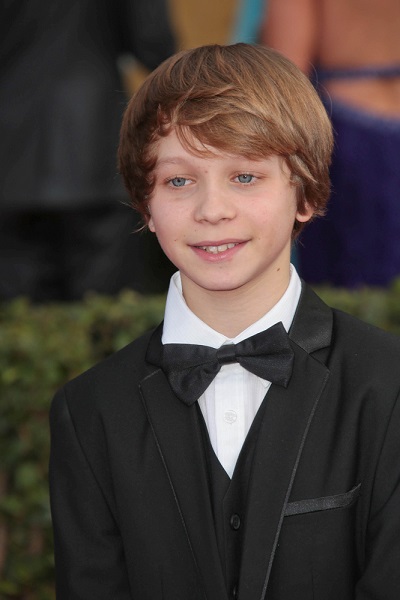 Huttlestone in 2013, photo by Prphotos.com

Daniel Huttlestone is a British actor. He is known for his roles in the films Les Misérables (2012) and Into the Woods (2014).

His siblings, Thomas and Rosina, are also actors.

Daniel’s paternal grandmother is Barbara R. Tunnard (the daughter of Richard W. Tunnard and Amelia Manzi). Barbara was born in Bishop’s Stortford, Hertfordshire, England. Amelia was the daughter of Giovanni Manzi, who was Italian, and of Beatrice Eliza Louise Lewis, who was English, and also had a small amount of Welsh ancestry.