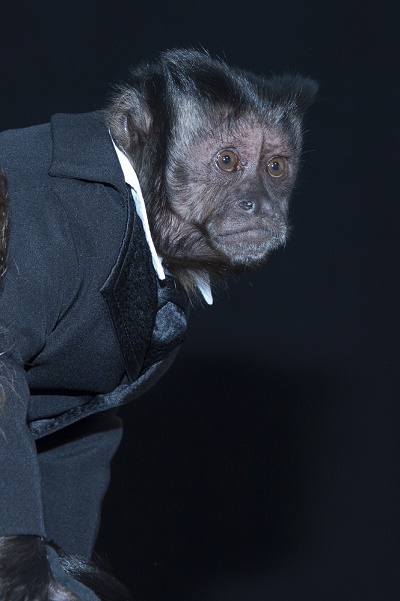 Crystal the Monkey in 2014, photo by Prphotos

Crystal the Monkey is a female monkey and animal actor. Crystal is a capuchin, a group of New World monkeys from Central and South America.

She has appeared in many Hollywood films, including George of the Jungle (her film debut, in 1997), American Pie, the Night at the Museum films, 3:10 to Yuma, Zookeeper, We Bought a Zoo, and The Hangover Parts II and III. Crystal has 27 acting credits on the IMDB, as well as several talk show appearances.

Crystal is originally from Florida, and was acquired and trained by Birds & Animals Unlimited of Hollywood.