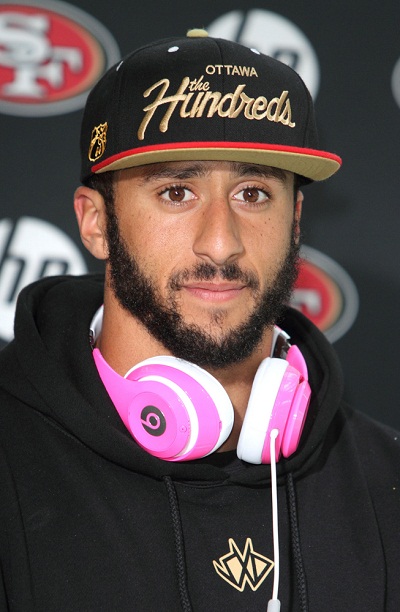 Kaepernick in 2013, photo by PrPhotos

Colin Kaepernick is an American professional football player and spokesperson.

He was adopted by white parents, Teresa and Rick Kaepernick.

The surname Kaepernick is German.

Colin is a practicing Christian.

Colin has said that he has traced some of his ancestry to Ghana.