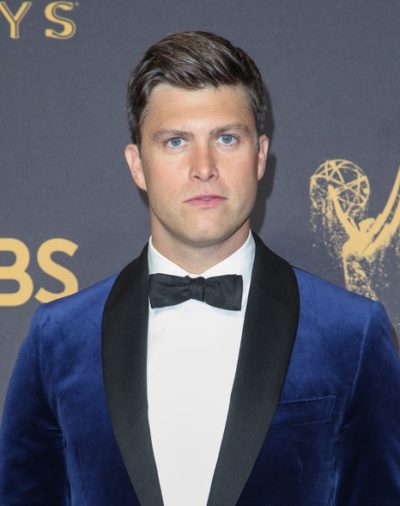 Colin Jost is an American comedian, actor, and writer. He is a cast member on the show Saturday Night Live.

His brother is actor and writer Casey Jost. Colin is married to actress, singer, and model Scarlett Johansson, with whom he has a son.

Colin’s maternal grandmother was Helen Neville (the daughter of Henry Frances “Harry” Neville and Jane/Jennie Victoria/Veronica Hagan). Helen was born in New York. Henry was the son of Richard J. Neville, who was Irish, and of Catherine/Katie Gemenhardt, who was German. Jane was the daughter of Joseph G. Hagan and Susan Loretta Louise Cummisky/Comiskey/Kummisky/Claninskey, who were of Irish origin.