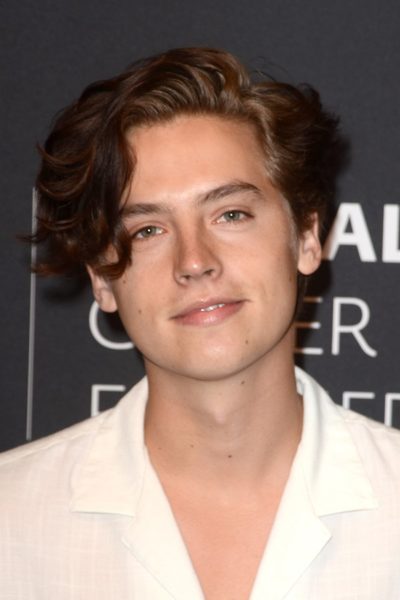 Sprouse in 2017, photo by kathclick /Bigstock.com

Cole Sprouse is an American actor and photographer. He is the identical twin brother of actor Dylan Sprouse. He began his career at the age of six months, then usually acting with his brother. The two featured together in The Suite Life franchise, Big Daddy, Just for Kicks, and Adventures in Appletown. In his twenties, Cole has acted solo, and is known for his roles as Forsythe Pendleton “Jughead” Jones III on Riverdale, and for headlining the films Five Feet Apart and Moonshot.

Cole was born in Arezzo, Tuscany, Italy, to American parents, Melanie and Matthew Sprouse, who were teaching there at the time. He was named after jazz musician Nat King Cole. His parents moved back to their native California four months after Cole and Dylan were born. He was raised in Long Beach.

Cole’s paternal grandmother is Karen Lee Sammons (the daughter of Herman E./Frank Sammons and Betty Elizabeth Sybrowsky/Szybrowsky). Karen was born in California. Herman was the son of Charles R. Sammons and Allice Mars. Betty was the daughter of Vilhelm Christian “William” Sybrowsky and Johanna Alfreda Barnhardine Johansen. Vilhelm and Johanna were Danish immigrants, although the Szybrowsky line leads back to Germany several generations before that, and then likely to Danzig, Poland.

Cole’s maternal grandfather is Merrill Eugene Wright (the son of Obed Wright and Beulah Mae Roe). Merrill was born in California. Obed was the son of Otha Burnett Wright and Lena Spiller. Beulah was the daughter of Benjamin Roe, who was of mostly German descent, and of Mary Elizabeth Metter, whose parents were German.

Cole’s maternal grandmother is Jonine Rosemary Booth (the daughter of Jonathan C. Booth and Maxine Pearl Rose). Jonine was born in California. Jonathan was the son of Charles F. Booth and Emily Coy. Maxine was the daughter of Carl Wellington Rose and Myrtle Sabria Tucker. 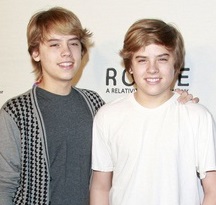 Cole (left) and Dylan Sprouse in 2009, photo by Joe Seer/Shutterstock

Genealogy of Cole’s maternal great-great-grandfather, Benjamin Roe (focusing on his own father’s side) – http://worldconnect.rootsweb.ancestry.com