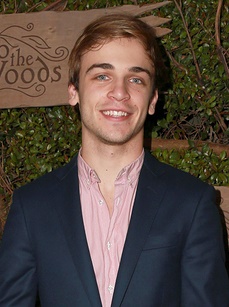 Sean Grandillo is an American actor, singer, and musician.

He was born in Cleveland, Ohio, and was raised in Aurora, Ohio. His parents are pictured here.

Sean stated in a Youtube video (at 11:20) that his surname is of Italian origin.

Sean’s maternal grandfather is Ronald Paul Tomallo (the son of Paul Matthew Tomallo and Mary Vrana). Sean’s great-grandfather Paul was the son of John Tomallo and Maria/Mary Valjašek/Valjašková/Valaysak, and was of Polish and Slovak (from Teplička) descent. Sean’s great-grandmother Mary Vrana was of Slovak descent, and was the daughter of George J. Vrana and Mary R. Majoroš.