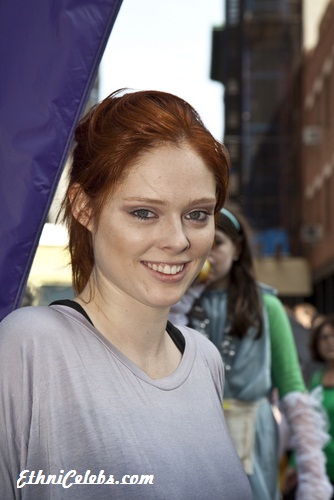 Her grandparents later moved to Canada. Coco is married to artist James Conran, with whom she has three children. She is a Jehovah’s Witness.

Coco’s paternal grandfather was Francis “Frank” Haines (the son of Francis Haines and Catherine Geary). Coco’s grandfather Francis was born in Cardiff, Wales. Coco’s great-grandfather Francis was the son of James Haines, who was born in Kingstone, Somerset, England, and of Caroline Haines, who was born in Stragstay, Somerset. Coco’s great-grandmother Catherine was the daughter of Daniel Geary, who had Welsh and likely Irish ancestry; and of Ellen Sullivan, whose father was from Cork and whose mother was from Clonmel, Tipperary, both in Ireland.