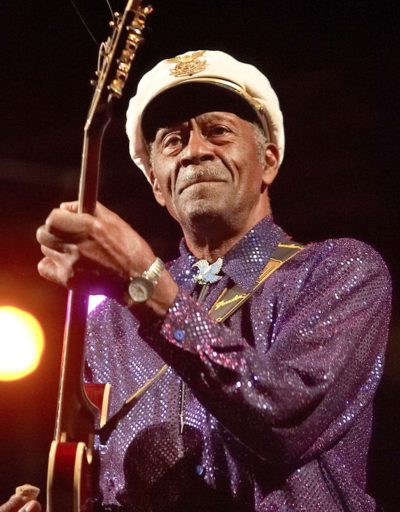 Chuck Berry was an American singer, songwriter, and guitarist. Nicknamed “Father of Rock N’ Roll,” he was one of the founders and pioneers of rock and roll music.

Chuck was the son of Martha Bell (Banks), a public school principal, and Henry William Berry, a contractor and Baptist church deacon. He was raised in the Ville, St. Louis. He was married to Themetta Suggs, with whom he had four children.

Chuck’s paternal grandmother was Lucinda Johnson (the daughter of John Johnson and Cecilia Irving Wolfolk). Lucinda was born in Kentucky.