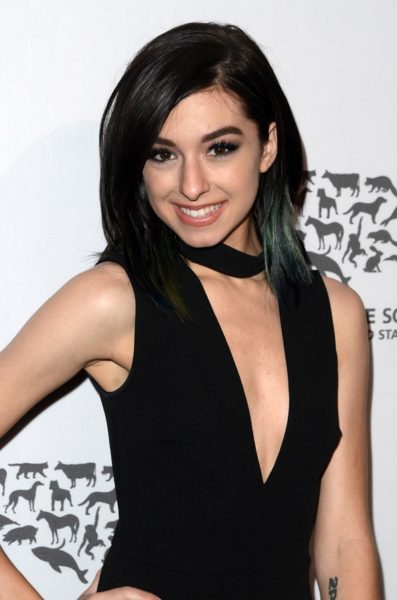 Grimmie in 2016, photo by kathclick/Bigstock.com

Christina Grimmie was an American singer, songwriter, musician, actress, and YouTuber. She was known for appearing on the television show The Voice in 2014, and for building a large following on YouTube. She was tragically shot to death at the age of 22, after one of her concerts, while she was signing autographs and selling merchandise. Her soulful vocals will be dearly missed.

Christina was the daughter of Tina and Albert Grimmie.

Christina’s paternal grandmother was named Caroline M. Lunn (the daughter of Albert Lunn, Jr. and Nancy). Caroline was born in New Jersey. Albert was the son of an English immigrant, Albert Lunn, Sr., and of Caroline Stierlen, whose own parents were German immigrants.