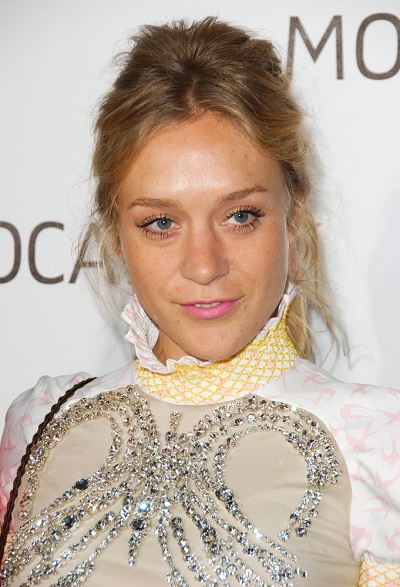 Sevigny in 2009, photo by Prphotos

Chloë Sevigny is an American actress, model, filmmaker, and fashion designer. She is known for appearing in indie films and HBO series Big Love. She was nominated for an Academy Award for Best Supporting Actress for her role in Boys Don’t Cry.

Born Chloe, she added the diaeresis to her first name, becoming Chloë. She was raised in Darien, Connecticut.

Her father, Harold David Sevigny, died in 1996. Her brother is DJ, artist, and club owner Paul Sevigny. Chloë is married to art gallery director Sinisa Mačković, with whom she has a son.

Chloë’s paternal grandfather was Harold Sweet Sevigny (the son of Wilfred Philias Sevigny and Rose Alba/Rosealma Marois). Harold was born in Attleboro, Bristol, Massachusetts. Wilfred was born in Massachusetts, to French-Canadian parents, Charles-Eusèbe Philias Sevigny, from Ste-Pie-de-Bagot, Québec, and Marie-Louise Brisson. Rose was French-Canadian, and was the daughter of Joseph Marois and Christine Lareault/Laresult.

Chloë’s paternal grandmother was Mary Ernestine Stevens (the daughter of David Lawrence Stevens and Mary Macloud). Chloë’s grandmother Mary Ernestine was born in Wallace, Nova Scotia, Canada. David was the son of John Johnston Stevens and Jane Morris. Chloë’s great-grandmother Mary Macloud was the daughter of John K. Macloud and Isabella/Bella Matheson, who was Scottish. The Macloud family was originally from Nova Scotia, and had Scottish ancestry.

Sources: Genealogies of Chloë Sevigny (focusing on her father’s side) – http://www.geni.com
https://www.nosorigines.qc.ca