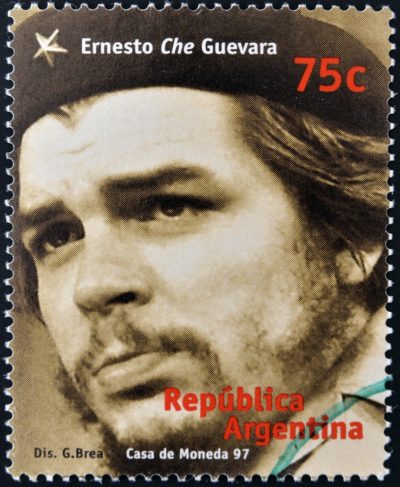 Che Guevara was an Argentinian Marxist revolutionary, physician, author, guerrilla leader, diplomat and military theorist. He was a prominent figure in the Cuban Revolution.

Che was born to an upper class family, the son of Ernesto Guevara Lynch and Celia de la Serna y Llosa. He had Spanish-Argentinian, Basque, Spanish-Mexican, Spanish-Chilean, and 1/64th Irish, ancestry. Through his paternal grandmother, Ana Isabel Lynch Ortiz, he was a descendant of Patrick Lynch Blake, who emigrated from County Galway, Ireland in the 1740s. Through his “Lynch” line, Che was related to Chilean Admiral Patricio Lynch.

Che was married to Aleida March, until his death. He had a daughter with his former wife economist, Communist leader, and author Hilda Gadea; and four children with Aleida.