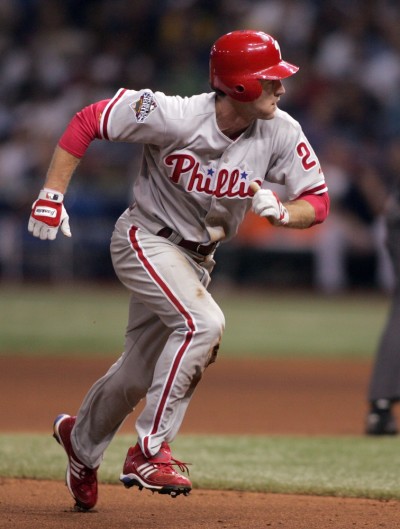 Chase Utley is an American baseball player. A second baseman, he plays for the Los Angeles Dodgers.

Chase’s paternal grandfather was Donald B. Utley (the son of Ellis Andrew Utley and Myrtle Josephine Hutchison). Ellis was the son of James Oliver Utley and Isabel/Isabella Little, who was Canadian. Myrtle was born in Michigan, to Canadian parents from Ontario, Mahlon B. Hutchison and Mary E. Yokom.

Chase’s maternal grandmother was Shirley Mae Cameron (the daughter of Lynn Archibald Cameron and Doris Lenora Chiles). Lynn was the son of Duncan Cameron, who was Canadian, and of Mabel Ester Plummer. Doris was the daughter of Walter Loren Chiles and Sarah “Sadie” Etta Foust.