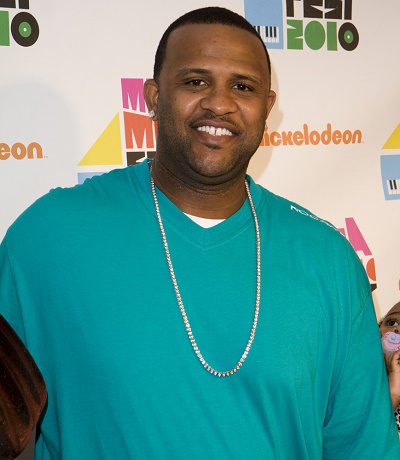 Sabathia in 2010, photo by Prphotos.com

CC Sabathia is an American professional baseball player. He was a pitcher. He played nineteen seasons, for the Cleveland Indians, Milwaukee Brewers, and the New York Yankees, of Major League Baseball (MLB).

He is the son of Margie and Carsten Sabathia. He has stated that the surname Sabathia is of French Creole origin, and that he has roots in New Orleans, Louisiana. CC is married to Amber, with whom he has four children.

CC’s paternal grandfather was Al James Sabathia (the son of Arnald/Arnold Sabathia, Jr. and Carrie Cecil Lewis). Al was born in New Orleans, Louisiana. Carrie was the daughter of Addison/Addis Lewis and Mary A.

CC’s paternal grandmother was Irma Vera Wilson (the daughter of Oliver Wilson and Josephine Caleman). Irma was born in Louisiana.