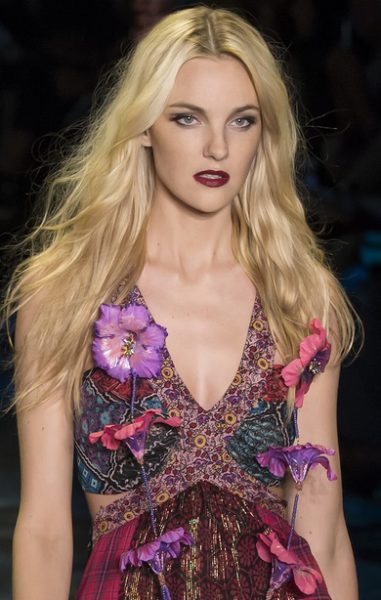 Trentini in 2015, photo by excelentphoto/Bigstock.com

Caroline Trentini is a Brazilian fashion model. She has appeared on the cover of many major fashion magazines, including ELLE, Harper’s Bazaar, and Vogue, among others.

Caroline is the daughter of Lourdes Bernadete Winter and Oscar Jacob Trentini. She is of ethnic German descent, with roots in Saarland, Germany and Bettange, Moselle, France. Caroline is married to photographer Fabio Bartelt, with whom she has two children.

Caroline’s patrilineal line can be traced to Johann Anton Trentini, who was born, c. 1750, in Scleisien, Germany. He was said to have Italian ancestry.