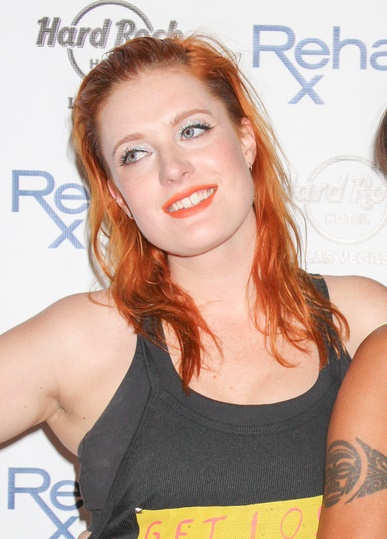 Caroline Hjelt is a Swedish singer. She is one half of the Swedish electropop duo Icona Pop, alongside Aino Jawo.

Her mother, Lena Elisabeth Melander, is ethnic Swedish. Her father, Paul Mikael Hjelt, is the son of Finnish emigrants, the former from Helsinki. He also has German [including Baltic German], Swedish, and distant Belgian [Flemish], Russian, and Scottish, ancestry.

Caroline’s patrilineal ancestry can be traced back to her eighth great-grandfather, Börjel Hjelt.