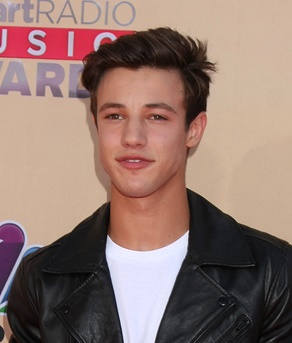 Dallas in 2015, photo by kathclick/Bigstock.com

Cameron Dallas is an American internet personality, actor, and model.

When asked about his background, Cameron stated “25% Mexican 25% German 50% Scottish”. Cameron’s mother is of half German and half Mexican descent.

A picture of Cameron with his mother and sister can be seen here.

Cameron’s maternal grandmother is Mary Dolores Romero (whose parents’ surnames were Romero and Muniz). Mary Dolores was born in Inyo, California, to a family of Mexican descent.