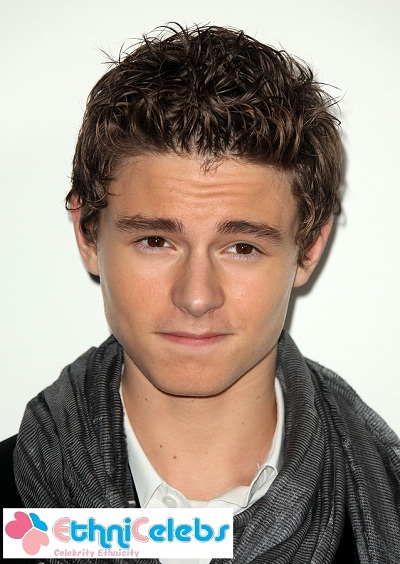 McAuliffe in 2011, image via DFree/Bigstock.com

Ethnicity: Irish, with some Sephardi Jewish, English, and Northern Irish

Callan McAuliffe is an Australian actor. Two of his grandparents were Irish.

According to the IMDB, Callan is descended from Joseph Augustus Henriques, the first Consul for the United States in Australia (being appointed to his post, in Melbourne, in 1852). Joseph was a Sephardi Jew, born in Jamaica. Joseph’s wife, Louisa Leah Lopez, was also a Sephardi Jew from Jamaica. Louisa’s father, Isaac Lopez, was a rabbi. Joseph and Louisa were Callan’s great-great-great-grandparents, meaning that Callan is of at least one sixteenth Sephardi Jewish ancestry. Callan’s Jewish family also lived in Curaçao, Spain, Portugal, and Barbados.

Callan’s great-grandparents would then be Claude Augustus Henriques and Jessie Rita Lloyd. Claude’s father, Frederick Augustus Henriques, was Sephardi Jewish and the son of Joseph and Louisa. Claude’s mother was Florinda Lister “May” Montgomery, whose own parents were from Northern Ireland. Callan’s great-grandmother Jessie Lloyd was of English origin, and was the daughter of Reginald Walter Lloyd and Mary Craw. Callan likely also has other English ancestry.

Genealogy of Callan’s great-grandfather, Claude Augustus Henriques (focusing on his own father’s side) – http://www.geni.com

Some of Callan’s Sephardi Jewish ancestors at the American Jewish Archives – http://americanjewisharchives.org