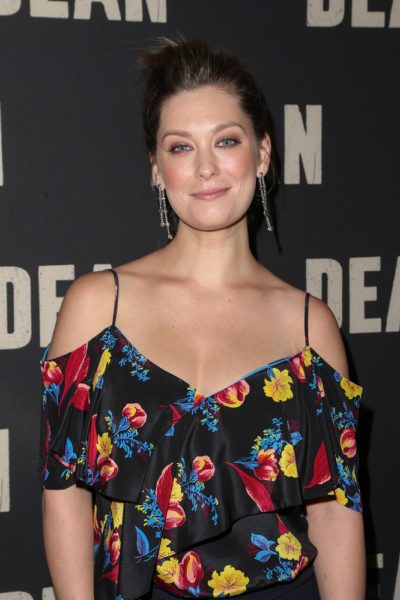 Briga Heelan is an American actress and comedian.

Briga is the daughter of actress Kimball Heelan (born Kimball Sherman Davis) and playwright Kevin Heelan (born Kevin Patrick Heelan). She has a brother, Conor. Briga is married to actor and comedian Rene Gube, with whom she has a daughter.

It [Briga] is an Irish name. In fact, my last name was O’Heelahan back in the day. And Briga, I read somewhere, is some pagan Celtic goddess, which sounds great, so I really like saying that. But I was named after my grandmother’s best friend, who lives in Dublin.

Briga’s paternal grandfather was Bernard Francis Heelan (the son of Peter Edward Heelan and Elizabeth Sullivan). Peter was born in Illinois, to parents from Ireland. Elizabeth was the daughter of Murty Sullivan, who was from Cork, Ireland, and of Mary Lowney.

Briga’s maternal grandfather was Benjamin Charles Davis, Jr. (the son of Benjamin Davis, Sr. and Edna Sherman). Briga’s great-grandfather Benjamin was born in England. Edna was born in Massachusetts, and likely was the daughter of Alton C. Sherman and Emma H. Tillson.