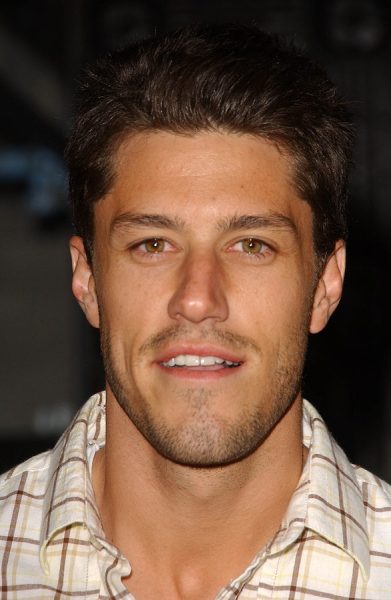 Quinn in 2007, photo by s_bukley/Bigstock.com

Brandon Quinn is an American actor.

He is married to Rachel Catudal, with whom he has three children.

Brandon’s paternal grandmother was Lillian Ruth Keesen (the daughter of Teunis/Tunis “Anthony/Tony” Keesen and Petronella/Petronilla Margareta Eenigenburg). Lillian was born in South Dakota. Teunis was born in Illinois, to Dutch parents, Philippus Keesen and Johanna Van der Gugten. Petronella was also born in Illinois, the daughter of George Joris Eenigenburg, whose parents were Dutch, and of Neeltje Pieters “Nellie” Bult, who was also Dutch.

Brandon’s maternal grandfather was surnamed Cunningham. Cunningham is a surname of Scottish origin.