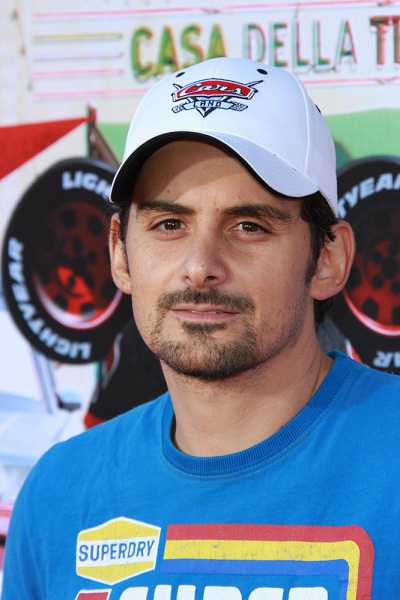 Paisley in 2012, photo by Prphotos.com

Brad Paisley is an American country music singer and songwriter.

He is the son of Sandra Jean (Jarvis) and Douglas Edward Paisley. Brad is married to actress Kimberly Williams-Paisley, with whom he has two children. Brad’s siblings-in-law are Kimberly’s sister, actress Ashley Williams, and her husband, producer Neal Dodson.

Brad’s paternal grandfather was of Italian descent, while Brad’s other ancestry is English, German, and Scottish.

Brad’s paternal grandfather was Louis Edward Paglia/Paisley (the son of Frank Paglia and Johanna/Jennie/Genevieve Carozza). Louis was born in Ohio, to Italian parents. Frank was the son of Nick Paglia and Catherine Nardonia.

Brad’s maternal grandfather was Warren L. Jarvis (the son of William Leslie Jarvis and Lottie Johnson). Warren was born in West Virginia. Lottie was the daughter of Mahala Francis Ferguson.

Brad’s maternal grandmother is Dorothy Lee Douglas (the daughter of Benjamin/Ben Harrison Douglas and Goldie Smith). Dorothy was born in West Virginia. Benjamin was the son of Leroy Douglas and Rozella/Rosa Hodge/Hodges.

Genealogy of Brad Paisley (focusing on his father’s side) – http://freepages.genealogy.rootsweb.ancestry.com

Genealogy of Brad Paisley (focusing on his mother’s side) – https://www.geni.com