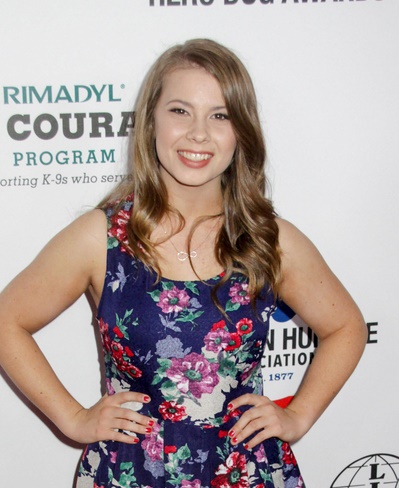 Bindi Irwin is an Australian television personality, conservationist, zookeeper, and actress. She has won a Daytime Emmy and Silver Logie for her work. She is the daughter of Steve Irwin (Stephen Robert Irwin), known as The Crocodile Hunter, and Terri Irwin. Her mother is an American, from Eugene, Oregon.

Bindi is married to American professional wakeboarder Chandler Powell, with whom she has a daughter.

It was stated on Ancestry.com that Bindi’s father had Irish heritage: