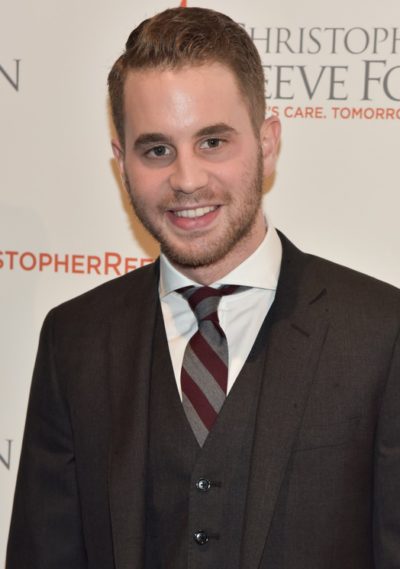 Ben Platt is an American actor and singer.

Ben was raised in Conservative Judaism. His mother chairs the Jewish Federation of Greater Los Angeles.

Ben’s maternal grandfather is Robert M. Beren (the son of Adolph Beren and Ethel A. Abrams). Robert was born in Ohio. Adolph was a Jewish emigrant, who was born in Dankera, Latvia, the son of Wolfe Aaron Beren and Liebe/Leibe Rashe/Rosa/Rase Rothschild. Ethel was born in New York, the daughter of Russian Jewish parents, Samuel G. Abrams and Tillie Sidel.

Ben’s maternal grandmother was named Joan Schiff (the daughter of William Schiff and Rose J.). Joan was born in Ohio. William was born in Laižuva, Lithuania. Rose was born in Pennsylvania, to Russian Jewish parents.

Genealogy of Ben Platt (focusing on his mother’s side) – https://www.geni.com