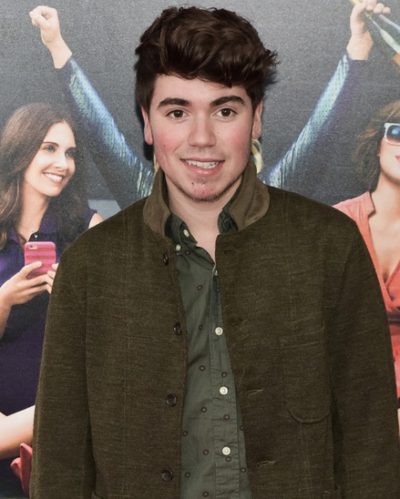 Noah Galvin is an American actor.

His brother is multi-instrumentalist, dancer, and visual artist Adrian Galvin/Yoke Lore. His father is Catholic, of Irish and Italian descent. His mother is Jewish (of Russian Jewish, Polish Jewish, and Austrian Jewish descent).

He has said, “I was raised both Jewish and Catholic going to CCD [Confraternity of Christian Doctrine], Hebrew School and church. My siblings were both confirmed and had their Bar and Bat Mitzvahs.” He has also often described himself as Jewish.

Noah’s paternal grandmother was Helen Devota Cuddihy (the daughter of Paul Robert Cuddihy and Rita Kernan). Helen was born in New York, and had Irish ancestry. Paul was the son of Robert Joseph Cuddihy and Emma Frances Lavina Bennett.

Noah’s maternal grandmother is Florence Waze (the daughter of Samuel Waze and Belle Cashman/Cashwan). Florence was born in Michigan, to an Austrian Jewish father, from Radziechów, and a Russian Jewish mother. Belle’s mother was named Leah.

Sources: Genealogy of Noah Galvin (focusing on his mother’s side) – https://www.geni.com