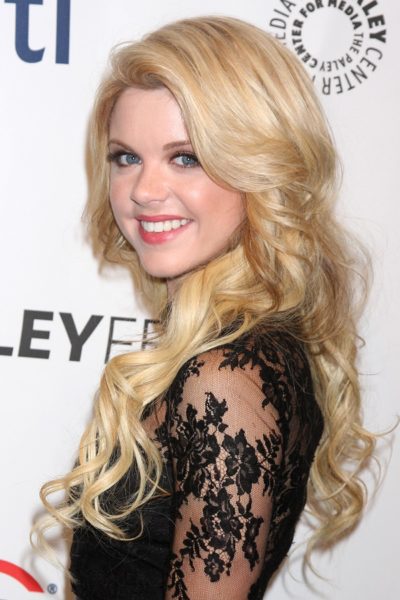 de Young in 2014, photo by kathclick/Bigstock.com

Bailey de Young is an American actress and dancer.

Bailey’s paternal grandfather was The Rev. Fulton Wesley Buntain (the son of Daniel Newton Buntain and Eva Kathleen Bailey). The Rev. Fulton was born in Winnipeg, Manitoba, Canada. Daniel was the son of Alexander Rufus Buntain, whose paternal grandparents were Scottish, and whose mother also had Scottish ancestry; and of Adelaide Elga MacKay, who was of Scottish and English descent. Bailey’s great-grandmother Eva was the daughter of Rich Bailey and Alice Lloyd.

Bailey’s maternal grandfather was Martin L. “Buzz” Oates (the son of Philip Oates and Emma Rice). Martin was born in California, and was a prominent builder and property developer. Philip was the son of William Oates, who was English, and of Mary J.