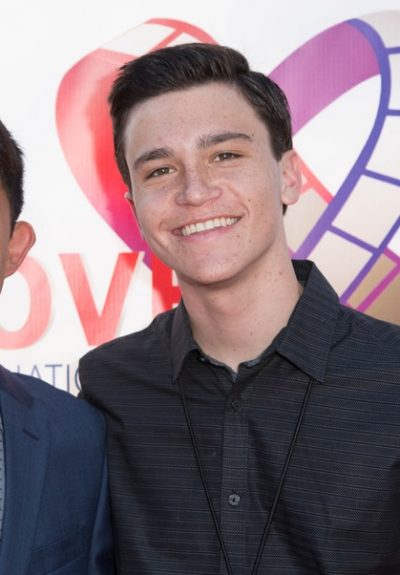 Kalama Epstein is an American actor.

He was born and raised on Oahu, Hawaii. Kalama has referred to himself as Jewish (here and here). His father is of Polish Jewish and Russian Jewish descent. Kalama’s mother is of English, Welsh, Norwegian, and about 18.75% Hawaiian, descent. His Hawaiian ancestors were ali’i (royal).

Kalama’s paternal grandfather was Martin Epstein (the son of Charles Epstein and Erma/Anna Henchie/Haenya Bashe/Bashinsky). Martin was born in New York, to Jewish parents from the Russian Empire. Anna was born in Grodno, the daughter of David Solomon Bashatsky/Bashe and Fruma/Frieda/Fannie Klatsky, who was from Antopol, Lubelskie.

Kalama’s maternal grandfather was Merwin Price Porter (the son of John H. Porter and Margaret Price). Merwin was born in Kansas. Margaret was the daughter of David Rees Price, whose parents were Welsh, and of Mary/Maria Knudsen Jeilen Lee, who was of Norwegian.

Kalama’s maternal grandmother is Kulani Helyn Fernandez (the daughter of Edwin Kane Lemuel “E. K.” Fernandez, and of Rose Nearing, born Rose Dallas Allen). Kalama’s great-grandfather E. K. Fernandez was born in Kulaokahua, Oahu, Hawaii, and was a legendary Hawaiian showman. He was the son of Abraham Ah Hoy/Kaleimahoe Fernandez and Minerva Eliza Kapohaku Davis. Kalama’s great-great-grandfather Abraham was the son of Hakuma Kalama Victoria Ali Mahoe, who was from Lahaina, Maui. Abraham was adopted by his stepfather, Peter Fernandez, who was from Bombay, India, and was of Spanish descent. Abraham’s biological father may have been Ah Hoy, who was either of Hawaiian descent or of Chinese-Hawaiian descent. Kalama’s great-great-grandmother Minerva was the daughter of William Lyman Davis, who was from Lebanon, Grafton County, New Hampshire, and of Keumikalakaua/Umikalakaua Mahihelelima/Mahihele Davis, who was from Hana, Maui County, Hawaii, and was the daughter of Mahi Kiki Mahihele and Kapohaku/Kupo.

Kalama’s great-grandmother Rose Dallas Allen was the daughter of Charles Milton/Alfred Allen and Helen/Helyn Relyea Nearing. Under the name Rose Nearing, she was a vaudeville entertainer, along with her sister Margaret Nearing, sometimes under the name the Nearing Sisters.

Genealogy of Kalama Epstein (focusing on his father’s side) – https://www.geni.com

Genealogy of Kalama’s paternal great-great-grandfather, David Solomon Bashatsky/Bashe (focusing on his own father’s side) – https://www.geni.com