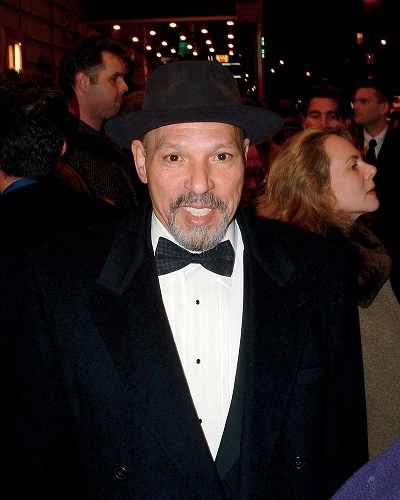 Wilson in 2003, photo by Prphotos.com

August Wilson was an American playwright. He is known for his works Fences, The Piano Lesson, Ma Rainey’s Black Bottom, and Joe Turner’s Come and Gone, among others.

August was born Frederick August Kittel, the son of Daisy Zerola (Wilson) and Frederick Kittel. His father, who was white, was a German emigrant, of Sudeten German background. His mother was African-American, from North Carolina.

August’s maternal grandmother was Bell Zonia/Zona Cutler (the daughter of Jacob Cutler and Eller/Ella Twitty). Bell was born in North Carolina. Eller was the daughter of Calvin Twitty and Martha.

Source: Genealogy of August Wilson (focusing on his mother’s side) – https://www.wikitree.com