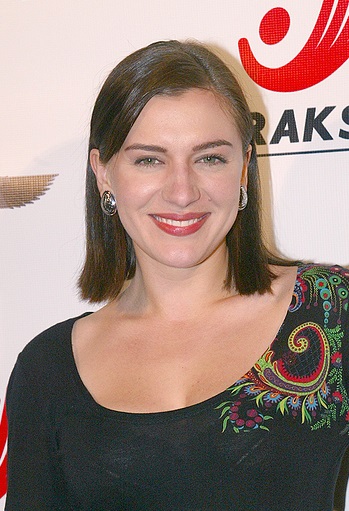 Savalas in 2013, photo by cvanwagoner/Bigstock.com

Ariana Savalas is an American singer, songwriter, actress, and burlesque performer. She is known for her participation in rotating musical collective Postmodern Jukebox. She is the daughter of Julie and actor and singer Telly Savalas (born Aristotelis Savalas). She was raised in Minnesota after her father’s death. Her brother is entrepreneur, singer, and songwriter Christian Savalas.

Ariana’s maternal grandmother was Gloria Ann Hammers (the daughter of Hubert Henry Hammers and Karen C. Johnson). Hubert was born in Maple Lake Township, Minnesota, the son of Hubert Hammers, who was of Dutch descent, from Limburg, and of Agnes Gstach, who was of half Austrian and half German ancestry. Karen was a Swedish emigrant, from Göteborg, Västra Götaland.

Genealogy of Ariana Savalas (focusing on her father’s side) – https://www.geni.com