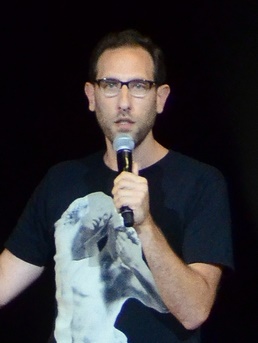 Ari Shaffir is an American comedian, actor, writer, producer, and podcaster. He is the host of the storytelling show This Is Not Happening on Comedy Central.

Ari is the son of Merryl (Rich) and Nat Shaffir (born Nathan Spitzer). His father was born in Iasi, Romania, and was a Holocaust survivor.

Ari was raised an Orthodox Jew.