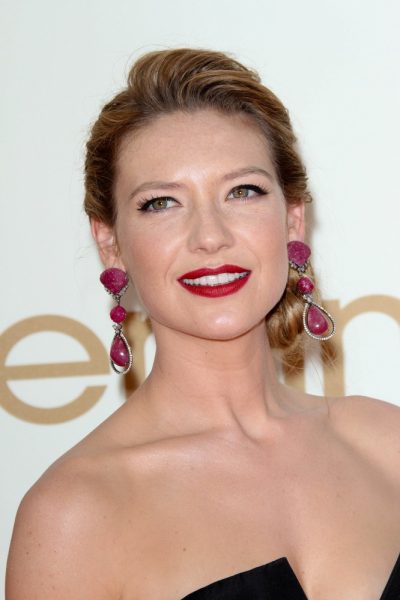 Anna Torv is an Austrlian actress. She played Olivia Dunham on the series Fringe.

Anna is the daughter of Susan (Carmichael) and Hans Torv. Her father was born in Scotland, of Estonian and English descent. Her mother has Scottish ancestry.

Anna’s paternal grandfather was Jakob Tõrv (the son of Jaan Tõrv and Anna Tõnisson). Jakob was born in Tõstamaa, Pärnumaa, Estonia. Jaan was the son of Taniel Tõrw and Ann Köösel. Anna’s great-grandmother Anna Tõnisson was the daughter of Jakob Tõnisson and Anna Jürgens.

Anna’s paternal grandmother was named Sylvia Iris Bodfish/Braida (the daughter of Gladys Tapley Bodfish). Sylvia was born in London, England. Gladys was the daughter of Charles Bodfish and Ellen Perks.

Anna’s paternal aunt (her father’s sister) is journalist Anna Murdoch Mann, who was previously married to businessperson Rupert Murdoch. This makes Anna a first cousin of their children, Elisabeth, Lachlan, and James Murdoch.

Genealogy of Anna Torv (focusing on her father’s side) – https://www.geni.com