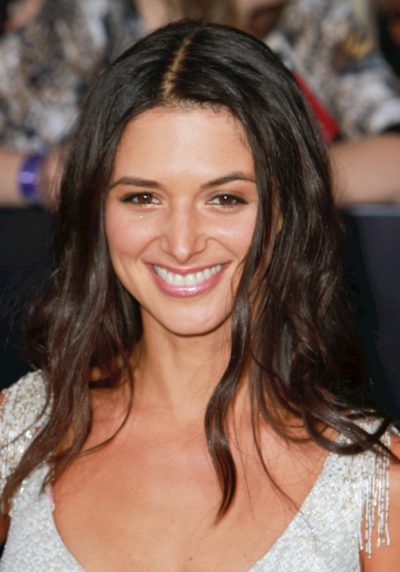 Gabriel in 2011, photo by Prphotos.com

Andrea Gabriel is an American actress.

Andrea is the daughter of actors Sandy Gabriel (born Sandra Cohen) and John Gabriel (born Jack Arnold Monkarsh). Her parents are/were both Jewish. They are pictured here. Her sister is actress Melissa Gabriel.

Andrea is married to Gregory Papigny.

Andrea’s paternal grandmother was Rae Bregman (the daughter of Morris Bregman and Fanny/Fannie Isenberg). Morris was the son of Yitzchak Bregman and Rachel Wagman. Andrea’s great-grandmother Rae was born in Canada, to a father from Russia and a mother from Poland.

Genealogy of Andrea Gabriel (focusing on her father’s side) – https://www.geni.com