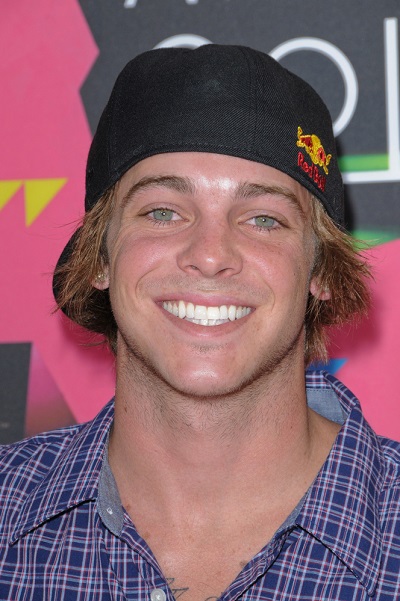 Sheckler in 2010, photo by PrPhotos

Ryan Sheckler is an American professional skateboarder and entrepreneur.

Ryan’s paternal grandmother is Oleta Ruth Self (the daughter of Lloyd Waine Self and Esther Ruth Chipman). Oleta was born in California. Lloyd was the son of Fred Grady Self and Nora Marie Thomas. Esther was the daughter of Chipman J. Perry and Alma F. Steffen.

Ryan’s maternal grandfather is Thomas Francis Walsh (the son of Joseph Edward Walsh and Helen Keaver). Thomas likely was born in New York. Joseph was the son of Joseph Frances Walsh and Katharine Immekus. Helen was the daughter of Patrick H. Keaver and Mary A. Quinlan.

Sources: Genealogy of Ryan Sheckler (focusing on his father’s side) – http://sheckler.bouwman.com