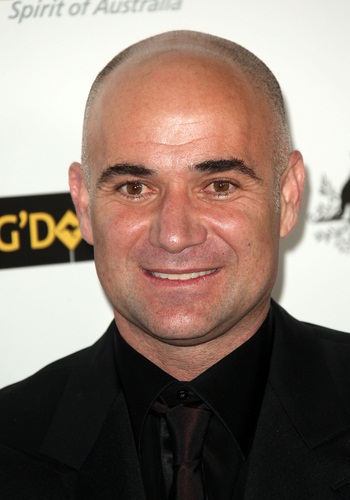 Andre Agassi is an American professional tennis player. He was World No. 1.

Andre’s father, Emmanuel “Mike” Agassi, was born as Emanoul/Emmanuel B. Aghassian/Aghasi in Salmas, Iran. He was an Olympic boxer and represented Iran in the 1948 and 1952 Olympics. Emmanuel was of Armenian Christian background. He was also said to have had Assyrian and/or Syrian roots.

Andre is married to German tennis player Steffi Graf, with whom he has two children.

Andre’s paternal grandfather was named David Aghassian. David was said to be a Ukrainian Armenian, from Kiev.

Andre’s paternal grandmother was named Noonia. Noonia was said to be an Armenian from the Ottoman Empire.

Source: Genealogy of Andre Agassi (focusing on his father’s side) – https://www.geni.com