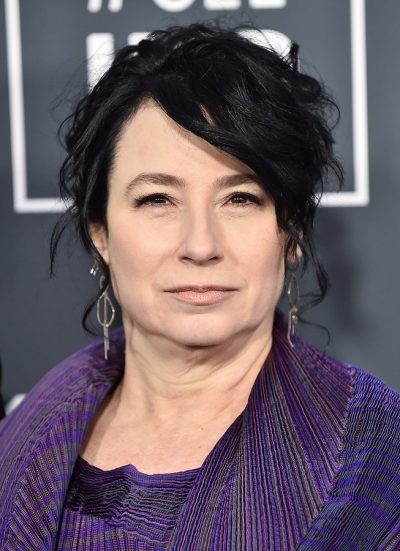 Sherman-Palladino in 2020, photo by DFree/Bigstock.com

Amy Sherman-Palladino is an American television writer, director, and producer. She is married to executive producer, screenwriter, and director Daniel Palladino. The two have collaborated on the shows Gilmore Girls and The Marvelous Mrs. Maisel, among other works.

She is the daughter of actress and dancer Maybin Hewes and actor and comedian Don Sherman (born Donald Glatter). Her father was Ashkenazi Jewish. Her mother is mostly of English, Scottish, and French descent.

Genealogy of Amy Sherman-Palladino (focusing on her mother’s side) – https://www.geni.com