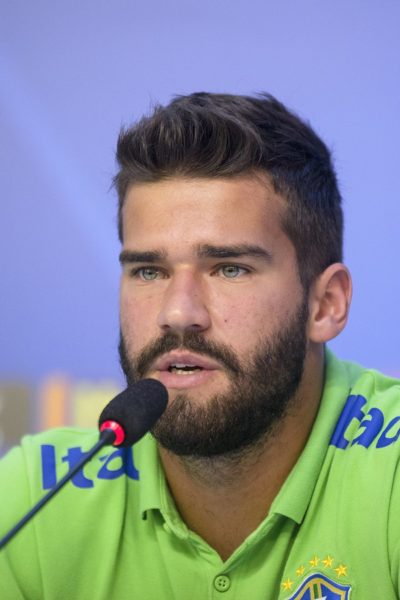 Alisson in 2016, photo by Celso Pupo/www.bigstockphoto.com/

Alisson is a Brazilian professional footballer. He plays as goalkeeper for Premier League club Liverpool and the Brazil national team.

Alisson is the son of Magali Lino de Souza and José Agostinho Becker. His brother, Muriel Becker, also plays as goalkeeper. Alisson is married to Natalia Loewe, with whom he has three children.

Allison’s paternal grandfather was the son of Gustavo Becker.