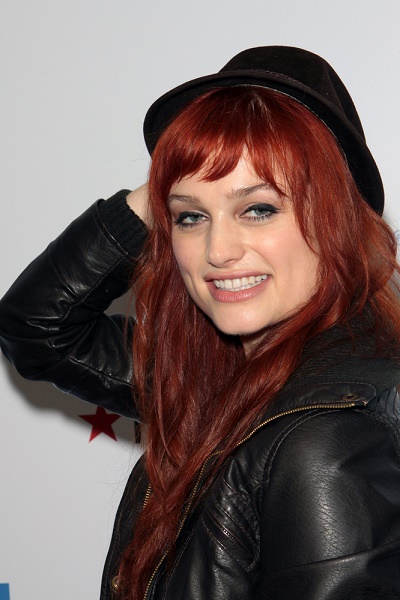 Alison Sudol is an American singer, songwriter, actress, and music video director. She is a Goodwill Ambassador for the International Union for Conservation of Nature (IUCN). She is known for her role in the Fantastic Beasts and Where to Find Them films. As a musician, she is known by the name A Fine Frenzy.

Alison’s paternal grandfather was John Edward Sudol (the son of Carl Joseph Sudol and Anna Stank). John was born in Pennsylvania. Carl was the son of Joseph Sudol, a Polish emigrant, from the Austro-Hungarian Empire, and of Mary C. Fedroff/Fadnoff/Federoff, whose father was from Austria and whose mother was German. Anna was the daughter of George Stank, a Polish immigrant, and of Mary A. McArthur, the daughter of Scottish immigrants.

Alison’s maternal grandfather is Fraser Edwards West (born Fraser Crawford Edwards, the son of Fraser Crawford Edwards and Marguerite Jeanette Simpson). Alison’s grandfather Fraser was born in Washington, D.C. Alison’s great-grandfather Fraser was the son of Charles A. Edwards and Mary Fraser. Marguerite was the daughter of William Reuben Simpson and Alice Spick, who was English.

Genealogy of Alison’s maternal great-grandmother, Elizabeth Louise Moore (focusing on her own mother’s side) – http://puffergenealogy.info