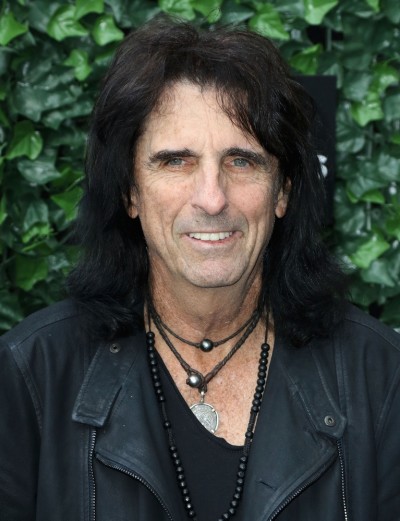 Ethnicity: English, Scottish, some Welsh and German, as well as distant French Huguenot and Dutch

Alice Cooper is an American singer, songwriter, musician, and actor. He is famous for leading the band Alice Cooper. His career spans five decades. He is also a member of rock supergroup Hollywood Vampires, with Johnny Depp and Joe Perry.

Alice is the son of Ella Mae and Ether Moroni Furnier. His father was a preacher in the Church of Jesus Christ, of which his grandfather was an apostle. Alice has English, Scottish, some Welsh, and distant French Huguenot and Dutch, ancestry. The Huguenots were members of the Protestant Reformed Church of France from the 16th to the 18th century. Alice is married to ballerina instructor and choreographer Sheryl Goddard, with whom he has three children.

Alice’s paternal grandfather was Thurman Sylvester Furnier (the son of John Washington Furnier and Emma Eliza Byers). Thurman was born in Pennsylvania. John was the son of Simon/Simeon Furnier and Jane M. Stout. Emma was the daughter of Robert C. Byers and Emily F. Churchman.

Alice’s paternal grandmother was Birdie M. Riggen (the daughter of James B. McClelland Riggen and Rose Lee Haney). Alice’s grandmother Birdie was born in Pennsylvania. James was the son of William Riggin and Julia Ann Ridenour. Rose was the daughter of Martin Haney and Mary Ellen Wade.

Alice’s maternal grandfather was Samuel/Sam Wesley McCartt/McCart (the son of Francis Marion McCartt and Sarah Walker). Samuel was born in Tennessee. Francis was the son of Pleasant McCartt and Adeline/Adaline Elizabeth Hamby. Sarah was the daughter of Samuel Walker and Mary Ann Elizabeth Hutson.