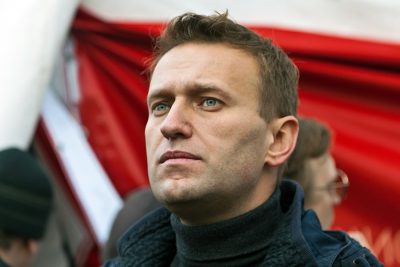 Navalny in 2011, photo by Rosfoto.ru/www.bigstockphoto.com/

Alexei Navalny is a Russian opposition leader, politician, lawyer, and anti-corruption activist. He is a political opponent of Russian President Vladimir Putin. He has been Leader of the Russia of the Future Party, since 17 November, 2013, and a Founding member of the Anti-Corruption Foundation, from 9 September, 2011 to July 2020.

Anatoly was born in the ancient village of Zalesye/Zalesie, Ukraine, located in the Chernobyl region. He is the son of Lyudmila Ivanovna and Anatoly Ivanovich Navalny. His mother is from Zelenograd, Moscow region. In 2013, on Ukrainian TV station Inter, Alexei stated that he was half Russian and half Ukrainian, “probably more Ukrainian in terms of roots and genetics.” Alexei is married to Russian economist Yulia Navalnaya (born Abrosimova), with whom he has two children. He is a Russian Orthodox Christian.