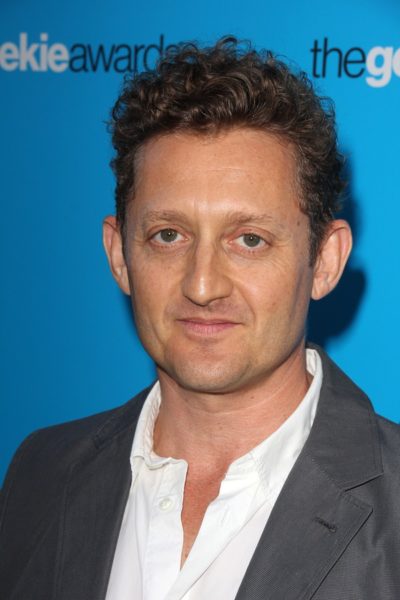 Winter in 2015, photo by kathclick/Bigstock.com

Alex Winter is an American actor, film director, and screenwriter. He is known for playing Bill in the Bill & Ted films.

He was born in Fulham, London, England, the son mother Gregg Mayer and father Ross Albert Winter. His father was Australian, and had English, German, Cornish, and distant Scottish, ancestry. His mother is American, and is Ashkenazi Jewish, of Ukrainian Jewish descent. Alex’s mother was a Martha Graham dancer who founded a modern dance company in England in the 1960s. Alex’s father danced with the troupe.

Alex was raised mostly in the U.S., living in Missouri and New York. He has U.S. and U.K. citizenship.

Alex is married to animated film producer Ramsey Ann Naito. He has a son with his former wife Sonya Dawson, and two children with Ramsey.

Alex’s paternal grandmother was Priscilla Ida Lillas/Lilly/Lil Frape (the daughter of Sydney Albert Frape and Catherine Lilian Alberta Kerr). Priscilla was born in Millthorpe, New South Wales, Australia. Sydney was the son of John Frape, who was born in Gloucestershire, England, and of Maria Peers, whose parents were English. Catherine was the daughter of Henry Kerr, who had Scottish and English ancestry, and of Priscilla Peters, who had Cornish ancestry.