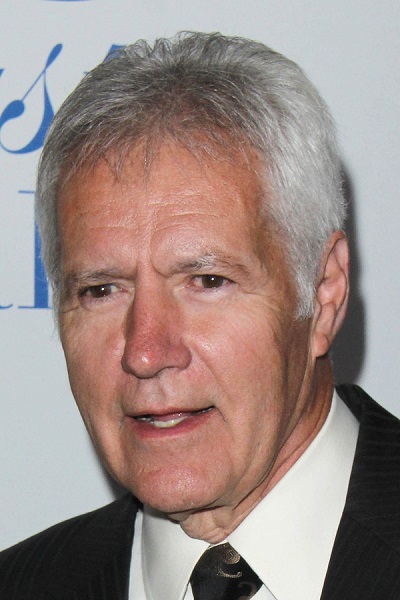 Trebek in 2014, photo by kathclick/Bigstock.com

Alex Trebek was a Canadian and American game show host, television personality, and actor. He is known as the host of Jeopardy!, from 1984 on.

His father, George Edward Trebek, was a Ukrainian immigrant, who was a chef. The surname was said to originally be Terebeychuk. His mother, Lucille (Lagacé), was of French-Canadian, and approximately one eighth British Isles [Irish, English] descent. Alex was a naturalized U.S. citizen. He was married to real estate manager Jean Currivan, until his death. He had a daughter with his former wife, broadcaster Elaine Callei, and two children with Jean. Alex was raised in a bilingual household, French and English.

Genealogy of Alex Trebek (focusing on his mother’s side) – https://www.nosorigines.qc.ca